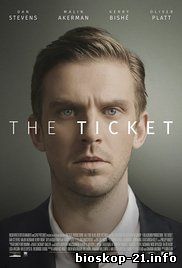 James, who has been blind from youth, lives a contented life with his wife Sam and son Jonah. One day he regains his vision and discovers that an inoperable pituitary tumor that had been pressing on his optic nerves since he was a teenager has miraculously shrunk. Giddy with happiness, James and Sam make plans for their future. However, James finds himself becoming metaphorically blinded by his obsession for the superficial in his pursuit of success.