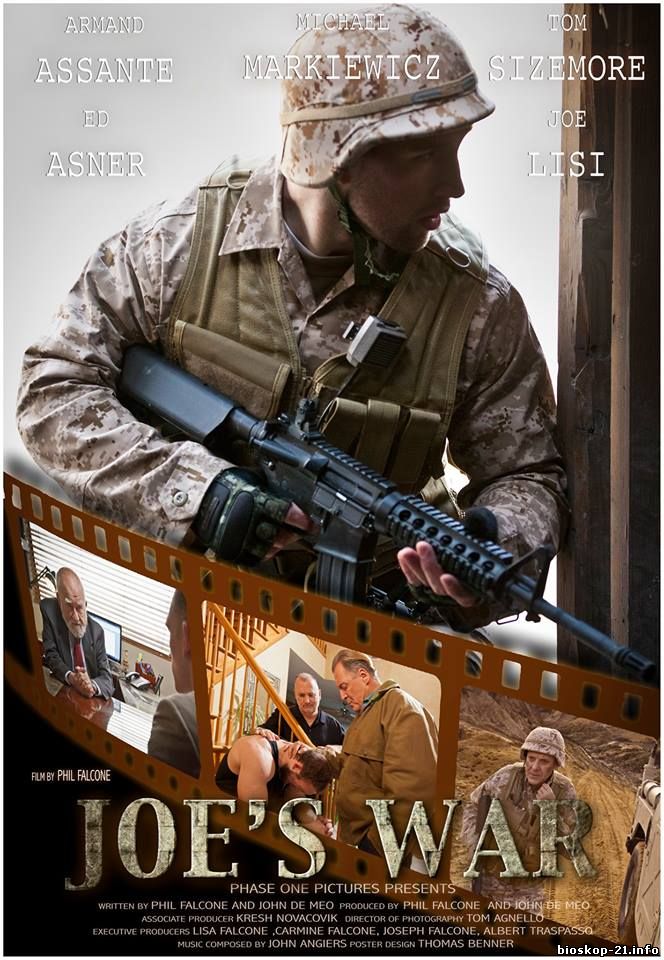 U.S. Marine Sergeant Joe Caruso returns home, having completed two grueling tours of duty in Iraq. Physically, he’s fine, but emotionally he’s a wreck. Flashbacks of a horrid firefight plague him, and he can’t seem to relate to anyone. Before joining the Marines, Joe was a highly touted hockey player, headed for pro consideration in the NHL and was making plans to marry. His military duty not only ended his hockey career, it’s practically destroyed his relationship. Joe’s grandfather Ray, himself a Veteran, doesn’t coddle Joe and his attempts to push Joe to forget the past backfire. Joe seeking solace in the bottle, further alienating himself from his friends. Joe’s only hope for salvation turns out to be another advocate of “tough love” psychologist Michael Galante, who finally gets Joe to reveal his inner torment. Joe meets Max Schell, Veteran with his own traumatic memories and they quickly bond. Together, they face the excruciating daily pressures of surviving with PTSD.